The Importance of Healthy Attachment 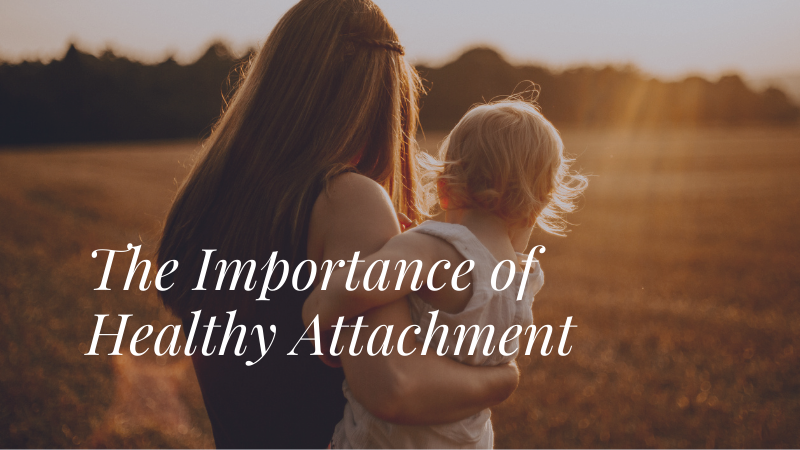 John Bowlby, the British psychoanalyst, was the first attachment theorist. He described attachment as a “lasting psychological connectedness between human beings.” Bowlby was interested in understanding the separation of anxiety and distress that children experience when separated from their primary caregivers. He found that attachment was characterized by clear behavioral and motivation patterns. When children are frightened, they will seek proximity from their primary caregiver in order to receive both comfort and care.

Attachment is an emotional bond with another person. Bowlby believed that the earliest bonds formed by infants with their caregivers have a tremendous impact that continues throughout life. He suggested that healthy attachment also serves to keep the infant close to the mother, thus improving the child’s chances of survival.

How to understand HEALTHY Attachment

Healthy attachment becomes an engine of subsequent social, emotional, and cognitive development. The early social experience of the infant stimulates the growth of the brain. And can have a persistent influence on the ability to form stable relationships with others.

The attachment provides the infant’s first coping system. It sets up a mental representation of the caregiver in an infant’s mind. Which can be summoned up as a comforting mental presence in difficult moments. However, healthy attachment permits an infant to separate from the caregiver without distress and to begin to explore the world around her.

It is important to note that healthy attachment develops through everyday interactions as a caregiver attends to an infant’s needs. The bond between infant and caregiver is usually so well established before the end of the first year of life. So, it is possible to test the nature and quality of the bond at that time.

Researchers have described four basic patterns of attachment. In their studies, researchers briefly separate young children from their caregivers. They observe their behavior before and after they are reunited with the caregiver.

How does Healthy attachment develop?

Healthy (secure) attachment in children has been theorized to result from sensitive, responsive caregiving, and insecurity from its lack. While there is evidence that parenting can influence attachment security, it’s also clear that other factors including genetics can play a formative role.

How does trauma affect attachment?

Abuse and trauma in childhood may hold back the development of secure attachment and maybe prognostic of attachment insecurity later in life.  In cases of severe neglect or mistreatment, a child may develop Reactive Attachment Disorder (RAD), which is characterized by difficulty forming a bond with caregivers.

Attachment security and behaviors have been studied in adult relationships, and attachment-related patterns that differ between individuals are commonly called “attachment styles.” There seems to be an association between a person’s attachment characteristics early in life and in adulthood, but the correlations are far from perfect.

Many adults feel secure in their relationships and comfortable depending on others (following “secure” attachment in children). Others tend to feel anxious about their connection with close others—or prefer to avoid getting close to them in the first place. Studies of persons with a borderline personality disorder, characterized by a longing for intimacy and a hypersensitivity to rejection, have shown a high prevalence and severity of insecure attachment.

Attachment styles in adulthood have labels similar to those used to describe attachment patterns in children:

How can you tell if someone has an insecure attachment style?

A person may have high attachment anxiety if s/he worries a lot about being abandoned or uncared for. This is assessable by one’s agreement with statements like “I worry about being alone” and “I often worry that romantic partners don’t really love me.” Someone high in attachment avoidance likely concerns about other people getting “too close.”

The effect of attachment in relationships

People with a secure attachment style tend to fare better on outcomes such as relationship stability and sexual satisfaction, and those people are less likely to engage in disruptive acts such as partner surveillance or harmful sexual behavior.

Can you change your attachment style?

Yes! Attachment styles can change substantially over time and may differ from relationship to relationship. Continuing a terrible relationship might lead to a less secure attachment orientation; a history of supportive relationships may lead to increased security. Therapy, in providing a safe connection and an opportunity to learn relational skills, may be helpful.