Defense mechanisms, we use to deal with anxiety. 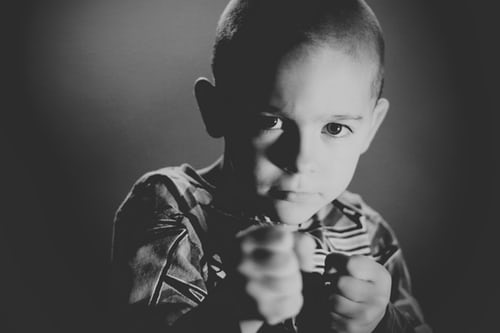 Defense mechanisms are psychological strategies that are unconsciously
used to protect a person from anxiety arising from unacceptable
thoughts or feelings.

What are defense mechanisms?

We all have defense mechanisms, developed in early childhood. We need it, in order to deal with difficult situations, which can be overwhelmed at times particularly for a young child. As a result, Sigmund Freud established a number of ego defenses, which he refers to throughout his work. While, his daughter Anna, developed these ideas and expanded on them, by adding few of her own.

In some psychotherapy approaches, (especially in psychodynamic and psychoanalysis theory) the term ‘defense mechanism’ is well known and used. Because it refers to conducts in which a person behaves or thinks in certain ways to protect or “defend” their inner selves (their personality and self-image). Although, defense mechanisms are one way of looking at how people remote themselves from a full awareness of unpleasant thoughts, feelings, and behaviors.

Why do we need Ego defenses?

It is important to note that most defense mechanisms are fairly unconscious – as a result, most of us don’t realize we’re using them in the moment. The purpose of defense mechanisms is to protect us from unpleasant feelings, for example, anxiety, or threats to our self- esteem. Above all, ego- defense mechanisms are natural and normal. However, when they get out of proportion, it is likely that we will develop neuroses, such as anxiety states, phobias, obsessions, or hysteria.

In addition, some types of psychotherapy can be very helpful to become aware of what defense mechanisms we are using, how effective they are, and how to use less primitive and more effective mechanisms in the future.

It involves a refusal to accept reality, or fact, thus blocking external events from awareness. For instance, if a situation is just too much to handle, the person may respond by refusing to perceive it, or by denying that it exist. It is considered one of the most primitive of the defense mechanisms because it is characteristic of early childhood development.

Regression is the reversion to an earlier stage of development, usually response to unacceptable thoughts or impulses. Moreover, regression functions as a form of retreat, allowing a person to psychologically go back in time to a period when the person felt safer.

Acting Out is performing an extreme behavior in order to express thoughts or feelings the person feels incapable of otherwise expressing.

Dissociation is when a person loses track of time or person, and instead finds another representation of their self in order to continue in the moment. So, a person who dissociates often misplaces track of time or themselves and their usual thought processes and memories.

Projection is when an individual attributes unwanted thoughts, feelings and motives onto another person, who doesn’t have those thoughts. Projection is usually used, when the thoughts are considered unacceptable for the person to express.

Reaction formation, however is a psychological defense mechanism, in which a person goes beyond denial and behaves in the opposite way to which he or she thinks or feels. Therefore, conscious behaviors are embraced to overcompensate for the anxiety a person feels regarding their socially unacceptable unconscious thoughts or emotions.

“Defense mechanisms are thought to safeguard the mind against feelings and thoughts that are too difficult for the conscious mind to cope with.”

Repression is an unconscious defense mechanism, engaged by the ego to retain disturbing, or threatening thoughts from becoming conscious. However, this is not a successful defense in the long term, because it involves pushing disturbing wishes, ideas or memories into the unconscious, where, although hidden, they will create anxiety. Repressed memories may appear through subconscious means and in altered forms, such as dreams or slips of the tongue (‘Freudian slips’).

Displacement is the redirecting of thoughts, feelings, and impulses (usually aggression) directed at one person or object, but taken out upon another person or object. People often use displacement, when they cannot express their feelings in a safe manner to the person they are directed at.

Intellectualization is the overemphasis on thinking when someone is confronted with an unacceptable impulse, situation, or behavior, without engaging any emotions at all to help facilitate and place the thoughts into an emotional, human context.

It involves a cognitive distortion of “the facts” to create an event, or an impulse less threatening. We do it often enough on a quiet conscious level, when we provide ourselves with excuses. However, many people, with sensitive egos, make excuses so easy, that they never are truly aware of it.

It takes place when we manage to displace our unacceptable emotions into behaviors, which are constructive and socially acceptable, rather than destructive activities. Sublimation can also be done with humor or fantasy. Humor, when used as a defense mechanism, is the directing of unacceptable impulses or thoughts into a light-hearted story or joke.

Compensation, in other words, is a process of psychologically correcting perceived weaknesses by emphasizing strength in other areas. In addition, by emphasizing and focusing on one’s strengths, a person is identifying they cannot be strong at all things and in all areas in their lives.

Assertiveness is the highlighting of a person’s needs, or thoughts in a manner that is respectful, direct and firm. Although, communication styles exist on a variety, extending from passive to aggressive, with assertiveness falling neatly in-between. People who are assertive, speak up for themselves, express their opinions or needs in a respectful yet firm manner, and listen when they are being spoken to.

While defense mechanisms are often assumed as negative reactions, we all need them to temporarily ease stress and protect self-esteem during critical times, allowing us to focus on what is necessary at the moment. Some of these defenses can be more helpful than others.

In conclusion, it is important to note that most of our defense mechanisms are learned behaviors. Most of which we learned during childhood. So it means that, as an adult, we can choose to learn some new behaviors and new defense mechanisms, which might be more beneficial to us.