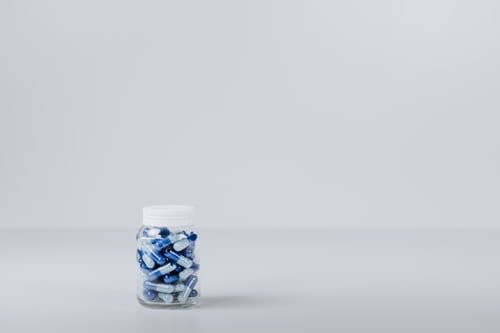 Antidepressants are a variety of medications used in the treatment of depression and other mental health conditions and are one of the most commonly prescribed medications around. Antidepressants were first developed in the 1950s. Their use has become progressively more common in the last 20 years. According to the Centers for Disease Control and Prevention (CDC), around twice as many females use antidepressants as males.

It is believed that the aim of antidepressant medications is to change chemicals (neurotransmitters) in the brain that affect mood and emotions. When someone suffers from the pain and anguish of depression, that can sound like a simple and convenient method of relief. However, it is important to note that depression isn’t simply caused by the imbalance of
the chemicals in the brain. It is caused by a complex combination of biological, psychological, and social factors, which includes lifestyle, relationships, and coping skills that medication can’t address.

It is known that certain neurotransmitters, such as serotonin and noradrenaline, are linked to mood and emotion. Neurotransmitters may also affect pain signals sent by nerves, therefore some antidepressants can help relieve long-term pain. Even though antidepressants may treat the symptoms of depression, they do not always address its causes. This is why they’re usually used in combination with therapy to treat more severe depression or other mental health conditions.

SNRIs and SSRIs – are the most commonly prescribed type of antidepressant.

Selective serotonin reuptake inhibitors (SSRIs) are the most commonly prescribed antidepressants. It is believed that they are effective in treating depression, and they have fewer side effects than the other antidepressants. SSRIs block the reuptake, or absorption, of serotonin in the brain. This makes it easier for the brain cells to receive and send messages, resulting in better and more stable moods. SSRIs include citalopram (Celexa), escitalopram (Lexapro), fluoxetine (Prozac, Sarafem), fluvoxamine (Luvox), paroxetine (Paxil) and sertraline (Zoloft).

Tricyclic antidepressants (TCAs)
There are three rings in the chemical structure of these medications that why they are called Tricyclic antidepressants (TCAs). They are used to treat depression, fibromyalgia, some types of anxiety, and they can help control chronic pain. TCAs include amitriptyline (Elavil), amoxapine- clomipramine (Anafranil), desipramine (Norpramin), doxepin (Sinequan), imipramine (Tofranil), nortriptyline (Pamelor), protriptyline (Vivactil) and trimipramine (Surmontil).

Monoamine oxidase inhibitors (MAOIs)
Before the introduction of SSRIs and SNRIs, this type of antidepressant was commonly prescribed. It inhibits the action of monoamine oxidase, a brain enzyme. Monoamine oxidase helps break down neurotransmitters, such as serotonin. If less serotonin is broken down, there will be more circulating serotonin. In theory, this leads to more stabilized moods and less anxiety. MAOIs include phenelzine (Nardil), tranylcypromine (Parnate), isocarboxazid (Marplan), and selegiline (EMSAM, Eldepryl).

It is important to note that every antidepressant medication has its side effects. According to NICE (2009), all patients should be informed that, although the drugs are not associated with tolerance and carving, withdrawal symptoms may occur on stopping or missing doses. The research shows that clear communication with patients has often been lacking. It was found that a significant disparity in the content, quality, and usefulness of information leaflets inserted into packets of antidepressants. Leaflets did not warn about discontinuation syndromes, side effects were listed inconsistently and almost half of the leaflets did not warn against using St John’s Wort during treatment. Up to 40% of patients taking SSRIs do not attain relief from their depression, where relief is defined as a 50% reduction in depressive symptomatology following 6-8 weeks of therapy.

Common side effects of SSRIs and SNRIs include:

There have been reports that people who use SSRIs and SNRIs, and especially those under the age of 18 years, may experience thoughts of suicide, especially when they first start using the drugs.

Serotonin syndrome is a rare but serious set of side effects with SSRIs and SNRIs. It happens when the levels of a chemical in the brain (serotonin) become too high. When SSRI or SNRI is taken with another substance that raises serotonin levels eg. an antidepressant or St John’s Wort, it can then cause the serotonin syndrome.

Hyponatremia – An elderly person who takes antidepressants, may notice a severe fall in sodium (salt) levels. This is hyponatremia. This may lead to a build-up of fluid inside the cells of the body, which can be dangerous. SSRIs can block the effects of a hormone that regulates levels of sodium and fluid in the body. Fluid levels become more difficult for the body to regulate as people age.

Suicidal thoughts – There is a danger that, in some people, antidepressant treatment will cause an increase, rather than a decrease, in depression. Young people under 25 years old seem, particularly at risk. The suicide risk is particularly great during the first month or two of treatment. Anyone taking antidepressants should be closely watched for suicidal thoughts and behaviors. Monitoring is especially important if this is the person’s first time on depression medication or if the dose has recently been changed.

Medication isn’t the only option for depression relief

It’s important to remember that antidepressants aren’t a cure. Medication may treat some symptoms of depression, but can’t change the underlying issues and situations in someone’s life that is making them depressed. Exercise, therapy, mindfulness meditation, social support, and another lifestyle should be taken into consideration. These non-drug treatments can produce lasting changes and long-term relief.

Some people who respond initially to medication can slip back into depression, as can those who stop taking the medication. Antidepressants often come with unpleasant side effects so it’s important to weigh the benefits against the risks when considering depression medication.

Many people with mild to moderate depression find that therapy, exercise, and self-help strategies work just as well or even better than medication—minus the side effects.

There are few tips for stopping an antidepressant safely, it includes:

Reduce the dose gradually.
Don’t rush the process.
Choose a time to stop that isn’t too stressful.

National Institute of Health and Clinical Excellence (2009). Depression: The treatment and management of depression in adults CG90. London: Author.