The Philosophy of Existentialism that led to Existential Psychotherapy 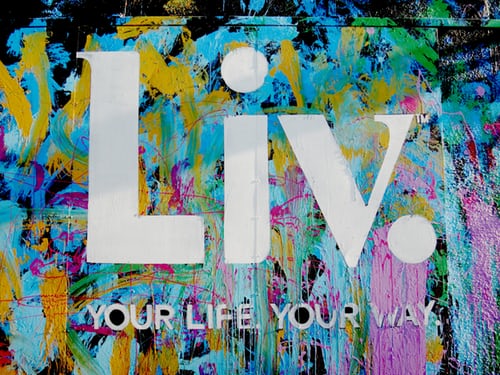 By writing this article I want to introduce you to the existential psychotherapy. However in order to do it I feel the philosophy of existentialism should be first briefly explained. Existential psychotherapy is one of my favourite approaches in therapy. I love the depth of it. The fundamental questions of our existence: ‘Who am I”; ‘What is the meaning of life’; or What do I want’. Seems like simple questions? – You think?! However those questions almost always evoke unexpected powerful feelings.

THE PHILOSOPHY OF EXISTENTIALISM

Existentialism as a school of philosophy is problematic to pin down. Warnock (1970), however, in terms of two key principles: a concern with human freedom and a fundamentally practical approach to philosophy, provides a helpful way of making off what should be considered existential philosophy:

“They are all of them interested in the world considered as the environment of man, who is treated as a unique object of attention, because of his power to choose his own course of action. – The problem of freedom is in a sense a practical problem. They aim, above all, to show people that they are free, to open their eyes to something which has always been true, but which for one reason or another may not always have been recognised, namely that men are free to choose, not only what to do on a specific occasion, but what to value and how to live.”

“Freedom means that one is responsible for one’s choices, actions, one’s own life situation”

In other words existentialism delivers a theory of how human beings are fundamentally free and how human existence has to be lived before it can be defined. Sartre made a distinction between human being-for-itself and objects being-in-itself. He believed that the challenge of being-for-itself was to choose itself and become what it will be. It’s important to note that existentialism is probably the most psychological of philosophies, and this is one reason for the development of an existential psychotherapy.

“Some people are wish-blocked, knowing neither what they feel nor what they want. Without options, without impulses, without inclination, they become parasites on the desires of others.”

It is worth noticing that existential psychotherapy uses a positive approach that approves human capacities and aspirations while at the same time acknowledges human limitations. This style of therapy places emphasis on the human condition as a whole. However the main focus of existential therapy is on free will, self-determination, and the search for meaning. The approach emphasizes your capacity to make rational choices and to develop to your maximum potential. The existential therapy highlights that:

Existential psychotherapy use a range of approaches, but major theme focus on your responsibility and freedom.  According to existential therapy, therapist help you find meaning in the face of anxiety. By choosing to think and act responsibly and by confronting negative internal thoughts rather than external forces like societal pressures or luck. Fostering creativity, love, authenticity, and free will are common avenues that help move you toward transformation. The goal: You learn to make more willful decisions about how to live, drawing on creativity and love, instead of letting outside events determine your behaviour.

Existential therapy established out of the philosophies of Friedrich Nietzsche and Soren Kierkegaard. Kierkegaard theorized that human discontent could only be overcome through internal wisdom. Later, Nietzsche developed the theory of existentialism using concepts such as the will to power and personal responsibility. Over the next several decades, others started to acknowledge the importance of experiencing in relation to understanding as a method to achieving psychological wellness and balance.

Psychologists Paul Tillich and Rollo May brought existential therapy into the mainstream through their writings and teachings, as did Irvin Yalom after them. The popular approach began to influence other theories, including logotherapy, which developed by Victor Frankl, and humanistic psychology.

THE FOUR ‘GIVENS’ IN EXISTENTIAL THERAPY

Existential psychotherapy is based upon the fundamental belief that all people experience intrapsychic conflict. Which is caused by their interaction with certain conditions inherent in human existence, which are known as givens. A confrontation with any of the conditions, or givens, fills an individual with a type of dread commonly referred to as existential anxiety. This anxiety is thought to reduce a person’s physical, psychological, social, and spiritual awareness, which may lead to significant long-term consequences.

Yalom believed that these givens of existence lie deep in the subconscious of every human being. Though many of us may go through much of life untroubled by them, there may well be a point at which they surface. The theories recognize at least four primary existential givens:

Explanation of the ‘givens’

The first given, is death. For Yalom, a core existential conflict is the tension between the awareness of the inevitability of death and the wish to continue to be.

Secondly, freedom and responsibility. Although generally thought of as a positive thing, freedom from an existential perspective refers to the complete lack of any external structure to life. Yalom believed that there is a conflict between the groundlessness and randomness of our universe, and a wish for ground and structure. And linked to this is the immense responsibility that such freedom brings. ‘The individual is responsible for – that is the author of – his or her own world, life design, choices and actions’.

The third ultimate concern is that of isolation. To clarify, we enter this world alone, and we must leave it alone. Yalom thought that another existential conflict was between our innate awareness of our absolute isolation and our desire for continued contact with others and our need to be part of a larger whole.

And finally, meaninglessness. Man is, by design, a meaning-seeking creature. But Yalom believed that a fourth existential conflict arises for man because he has been thrown into a universe that has no meaning.

As a result, existential psychotherapy encourages people to address the emotional issues they face through full engagement. But also to take responsibility for the decisions that contributed to the development of those issue. Existential therapy inspires people to accept their fears. By gaining control of the direction of their life, the person in therapy is able to work to design the course of their choosing. Through this work, people often come to feel both a sense of liberation and the ability to let go of the despair associated with insignificance and meaningless.

Consequently, existential psychotherapy involves teaching people in therapy to grow and embrace their own lives and exist in them with wonder and curiosity.
By developing the ability to view life with wonder can help people be able to view the life experience as a journey rather than a trial and can also help eliminate the fear associated with death.

HOW CAN EXISTENTIAL PSYCHOTHERAPY HELP

People who are willing to discover the reasons for their intrapsychic conflicts and the decisions that led to their current situations can benefit significantly from existential psychotherapy. There are many behavioural and menatal health issues  that may be successfully treated with this therapeutic approach, including depression, anxiety, substance dependency and posttraumatic stress.

For instance, people who respond to treatment find meaning and purpose in their lives and often experience heightened self-awareness, self-understanding, self-respect, and self-motivation. They realize that they are primarily responsible for their own recovery. Therefore it increases the probability that people in treatment will see beyond the limits of a therapy session and view recovery as a therapeutic process.

I would like to know what you think about this article. You can send your comment to: psychotherapykuchenna@gmail.com